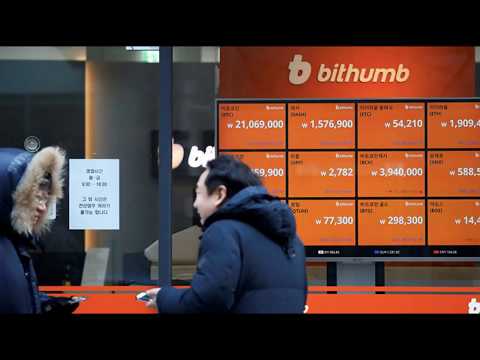 Quiz time: Name a bitcoin brokerage that will never have a headline ending with "... unable to repay customers following alleged heist"?

Thief Zhou tong remains unpunished, so he comes back to start another "application" to steal more btc. Is that so called "free market" for him?

Australia? Zhou tong comes back with tradefortress this time? Or they are the same person?
Zhou Tong born in China, completed his high school education in Singapore. and currently resides in Melbourne, Australia.
Tradefortress is known as an Australia resident from China.
Similar age.
Zhou tong is a typical Chinese thief, who does not care about his name and never cherish honesty. So he can still steal money even when everyone knows who is he and who are his family members. Same as the webmaster of bter and tradefortress: another two Chinese people.
Now he comes back with his Coinjar. He said he brings in another "application" for Bitcoin community.
I would say, fraudulent/evil application does harm to Bitcoin, we don't need it.
I would say, thieves/scammers doe harm to Bitcoin, we don't need them.
One day, most of us will realize that we don't need any Chinese to provide any "wallet"/"bank"/"exchange" service. Perhaps after 1 million times of scam. Many of us will say: it's free market.

I know this post will be downvoted, But I have to say these words because I love bitcoin so much. This should be the last post I show pessimistic mood here.
I still own 2200 BTC, after losing more than 1000 BTC on mtgox. I was fascinated by the thought of decentralized payment system and invested 10 months ago.
The ideas of Bitcoin is still dazzling me, While the infrastructure is in the process of "Gresham's law".
To prosper, holders of bitcoin have to spend/deposit BTC into exchanges/other service, while most of those service webmasters are anonymous. There is no sound reason for them to dare to ask people to give BTC/money to them while persuading people to believe "anonymous is the convention of Bitcoin World.
Convention? Now the price is more than $500, instead of $1. We can see what happened all these days. With the rising of price, people who used to be a good man and enjoy managing a website can't resist the tempt and they became fraudster one after another. What's more important is that nearly none of them got punished. That's to say, people who keep honest got "punished" by such "convention".
Even Mark Karpeles can carried out embezzlement, let alone those anonymous people.
I don't understand why so many people dare to recommend people to deposit BTC to service founded by anonymous person. For example, Coindesk.com encouraged people to use the service of inputs.io, a scam site founded by "tradefortress". Let alone Btc-e.
Who trusts such site would be called idiot in the real world. However, it's "convention" in the "Bitcoin World".
I am not Afraid of disaster. What frightened me is "There is no solution to prevent a repeat“
I walk around from Bitcointalk to Reddit/bitcoin, I read carefully all the known scam in the short history of Bitcoin.
I, now, feel deep despair and extreme bearish for Bitcoin's destiny.
Those theives and fraudsters happened again and again, but nothings changed since then. In the fact, the situations now is becoming worse and worse. Crime occurred, much more crime is going to happen in the disguise of Self-Govern.
Without all those sites that will out to be scam eventrually, what infrastructure does and will Bitcoin World has? Bitcoin World has coinbase, bitpay, overstock, tigerdirect, zynga...... Not too bad.
I see a giant who stand behind, Mark Andressen, Who invests in Bitcoin frastructure to prosper this industry. However, according to what I learnt from this subreddit and bitcointalk, This titan has gained much less respect than he deserves for what he contributes to Bitcoin.
A hero stood out, Benjamin Lawsky, who believes in bitcoin more than most of you. I listened the hearings and knew holy spirit blessed him. What he proposed last week is exactly what Bitcoin World needs. Of course he is cursed by those bad guys. And what supprising me is that so many people still hate regulations while they are calling them bitcoin enthusiasts.
I know the proportion of fraudsters and theives is surprising high under this subreddit and bitcointalk, which makes me feel uneasy.
I don't want to argue with them. In the fact, I don't want to talk about same thing with them.
This is the reason why I quit.

Farewell Bitcoin. It was a fun ride.

I invested just a few thousand dollars at the end of 2012. I had great delusions of grandeur, felt like I was an emperor and destined for greatness. I am capitulating 100 BTC, in exchange for a modest sum of "fiat", a word that I learned from my career as a "bitcoiner".
Although I've "won" and made a profit, I leave Bitcoinland with a bittersweet feeling. To be honest, I'm not sure how I lasted this long. I survived the $266-$55 crash the Mt Gox scam, BFL scam, TradeFortress scam, and all other sorts of maladies that plagued the community. My April 2013 self would surely laugh at me for being such a tool for being sad at selling at such a "high" price. Whatever Kool Aid I chugged back in the $266-$55 crash was, I could use some. Good luck to you guys. I am not the investor I thought I was.

CoinChat Lets Users Earn Bitcoin While They Chat Online. CoinChat is an innovative new chatroom concept, combining real-time chat with Bitcoin. The service has a unique spin that users can earn Bitcoins while they chat. The creator of CoinChat goes by the username TradeFortress on the Bitcointalk forum and is based in Australia. We connected with TradeFortress for an exclusive interview. Bitcoin Fortress is comprehensive and fully automated, so it allows you to trade easily on the cryptocurrency market. Our software has won plenty of awards because of the algorithm. This advanced technology can analyze the markets to find the best trading opportunities for you. It also compares data from the past and determines which way the market might go because of that. Tradeit.gg is the best skin trading bot site that let's you trade and exchange skins from CS:GO, DOTA2 and more games. 5. Let the bitcoin robot trade for you. All you must do after having deposited is activate the auto-trading function and that's it! You can forget about it for a few days and you should come back ... At today's exchange rates, each bitcoin is worth about $275. At the beginning of the year, they were worth about $30 each. The quick and massive rise in the value of bitcoins has given the ...